What’s up with the minimum wage? 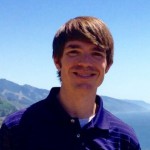 What’s your minimum wage? You might say $7.25, which is the federal minimum wage. However, with recent events around the US, there are additional things to consider.

With rally marches and employee strikes having been a common occurrence in 2015, one can only suspect that the fight for an increased minimum wage will continue in 2016.

So cities can have a different (higher) rate than the state? Absolutely. Since January 2014, there are 25 cities that have passed minimum wage increases, and an additional 8 cities have pending legislation for 2016. New Orleans and Seattle are two of the biggest cities that had new minimum wage rates kick in on the first of this year.

While a total of 30 states have rates higher than the federal minimum wage, there are 11 states (AZ, CO, FL, MO, MT, NJ, NV, OH, OR, SD, and WA) that have minimum wages that are linked to a consumer price index. As a result of this linkage, the minimum wages in these states are normally increased each year, generally around January 1st. The exception is Nevada, which adjusts in the month of July each year.

Here is list of states with increasing wages in 2016, due to built-in inflation increases, or legislative changes:

Don’t forget your payroll software. Many payroll systems do an excellent job ensuring that a minimum wage rate is met when processing payroll (this is especially important for employees receiving tips as income), however, this rate is typically configured by the payroll user during the setup process. This can become somewhat of a challenge when a payroll user has multiple states that must be monitored to ensure minimum wage compliance is met.

So what can be done to stay compliant? Compliance changes and news alerts can be provided by member organizations, such as the American Payroll Association (APA). The APA releases annual publications regarding minimum wage change challenges in the upcoming year, which is a great resource for any payroll professional.