Paid Time Off for inclement weather 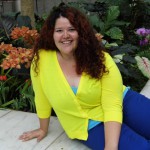 Living in Florida, I’ve been through my share of hurricanes.

They produce a ton of rain, high winds, storm surge, and sometimes tornadoes. This can result in property damage, loss of power, lots of clean up, and much worse.

Almost every part of the country has its share of inclement weather. This can be one or a mix of fires, snow storms, and floods, just to name a few.

Many companies might wonder how to handle employees during this time and some companies are stepping forward to create a time off allotment for inclement weather.

In an article by The Bulletin, a software company based in New York is offering “up to five days of paid “climate leave” for employees who can’t work because of extreme weather events.” The company will also provide additional days if a state of emergency is declared.

This benefits offers security and peace of mind to employees while giving employers a competitive edge when recruiting employees.

According to an article by The Insurance Journal, “Reports from Florida during Irma found that despite an evacuation order from the governor, some employers pressured workers into showing up for work. In a survey of 134 people, more than half of respondents said their employers threatened to fire or discipline them for not showing up to work during Hurricane Irma, according to a study by workers’ rights organization Central Florida Jobs with Justice. A librarian said he was told to man the building as a shelter or risk losing his job; a janitor who worked in a nursing home said she was threatened with her job unless she came in the night before the hurricane.”

What are your thoughts on this new type of leave?